What is a Thermogenic, and How Can it Help You Lose Weight? 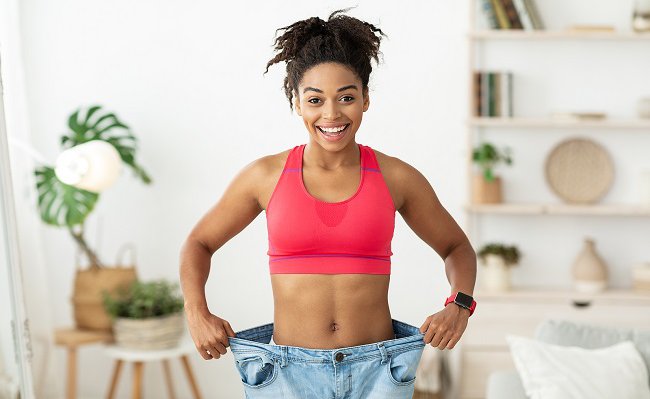 Are you sensing a trend? All of these have the same root word of “therm,” which comes from Greek and means “heat.” But while they all sound somewhat similar, each deals with heat in a different way, and only one of them can help you lose weight. Do you know which one?

Everything You Need To Know About Thermogenics

If you guessed Thermogenic, you are correct!

What is a thermogenic? Stick with us for a minute here, because we’re going to get a little sciencey on our way to answering that question. To better understand thermogenesis and thermogenics, we need to get to know the scientific principle they originate with—thermodynamics. Thermodynamics is the physical science that deals with the relationship between heat and other forms of energy. The First Law of Thermodynamics states that heat, a type of energy, can’t be created or destroyed, but only transferred or converted from one form of energy to another.

Ok, so how does that relate to our bodies? Energy is the daily currency of our bodies. Even if you were to stay in bed and not move all day (which doesn’t sound too bad, actually), your body would still be using energy to breathe, pump blood, and run your vital organs. In fact, the majority of the energy we use each day is spent just keeping us alive and functioning. That expenditure is what’s known as your Basal Metabolic Rate, or BMR. (Not to be confused with your metabolism. We’ll get to that in a second.) Now, as we just said, this energy at play in your body can’t be created or destroyed, only transferred from one form to another. Here’s what that looks like on a daily basis.

Your body takes in food (the energy source), which it then converts to a usable form of energy and stores until it’s needed. When you need fuel to perform work, your body taps into the stores and, viola! Stuff happens. The energy is then used to power your body and all of its functions—everything from movement, to digestion, to brain function. This process of converting food and drink into usable energy...THAT is your metabolism at work. The byproduct of this conversion process is heat. It’s what is known as thermogenesis. If you think about it, that’s where the term “burn calories” comes from. Using energy, aka calories, makes heat.

So as your body functions, it produces heat. If you want to speed up your metabolism, you need to increase the rate at which you use energy, which in turn produces more heat. In other words, the harder your body works, the more heat it produces. You with us? Good.

Finally, this is where thermogenics come into play. So let’s get back to the original question—what is a thermogenic? In simple terms, a thermogenic helps you produce more heat. In other words, use more energy/burn more calories. Essentially, thermogenics boost your metabolism.

That’s why thermogenics are popular weight loss products. They can help give you the energy to work out and can help you burn EVEN MORE calories when you do. As far as when to take thermogenics goes, because they have a stimulating effect, we recommend you take them before a workout, or in the afternoon when you’re feeling a slump. You should definitely avoid taking them before bed.

What Is Thermogenesis For Weight Loss?

Now that you know more than you’ve ever wanted to about thermodynamics, thermogenesis, and thermogenics, let’s put that knowledge to work learning how to boost metabolism and accelerate weight loss with thermogenics.

Thermogenic supplements, like Xyngular Accelerate, provide energy to move more and then help you use that energy more effectively. Accelerate boosts your body’s ability to burn fat while maintaining healthy blood sugar levels. It also improves digestion for better absorption of all of the nutrients.*

Most thermogenic supplements use caffeine as the energy source. Sometimes it’s tricky to spot because instead of being listed expressly as caffeine on the nutrition or ingredient label, it’s shown as maté, guarana, cola, green tea extract, coffee, or coffee extract. But make no mistake, those are all forms of caffeine. While there can be a place for caffeine in your weight loss journey, you have to be careful about the amount of caffeine you’re consuming, particularly in supplement form, as the side effects can prove to outweigh the benefits if you take in too much. These side effects can include headaches, jitters, heart palpitations, and high blood pressure, and you’re far more likely to overdose on caffeine through supplements than you are through typical consumption.

One of the things that makes Accelerate different is the fact that it’s caffeine-free. That makes it a cleaner, better thermogenic option. You get all the benefits of an energy boost, without the side effects. The Xyngular Accelerate ingredients also help curb your appetite, break down fat, and improve digestion for better nutrient absorption.*

The 3 Best Types of Thermogenic Foods

There are foods that also have thermogenic effects on the body. This is because your body has to work harder to digest some foods and convert them into energy. The harder your body works, the more calories you burn in the process. For example, foods that are high in fat are easy to store and convert to energy, so they have a low thermogenic effect. On the other hand, thermogenic foods, like those high in protein, are more work to break down and digest. This extra work increases the thermogenesis of the body, which means you burn more calories simply because you made a different (dare we say better?) choice in the type of food you ate.

It’s important to note that the foods you eat won’t have a long-term effect on your metabolism, but they can give it a boost in the short term. And sometimes it’s the small short-term changes that add up to big results. Here are some of the best thermogenic metabolism booster foods:

These are the most effective thermogenic foods. They are naturally more complex and require more work to break them down into usable energy. As an added bonus, because they stick around longer, they help you feel full, so you’re less likely to get snacky right after you eat. Some good examples include:

Admittedly, these only have a small, short-term thermogenic effect, but if spice is something you crave, it doesn’t hurt to add it to the mix. Perhaps one of the best effects of spicy foods is that it reduces your appetite so you eat less.

Foods with caffeine are great energy boosters, but as we said earlier, they come with a price in the form of crashes, jitters, headaches, and more. If you choose to use caffeine as a thermogenic, be aware of how much you consume, and don’t have more than 400 mg of caffeine a day. That’s the equivalent of four cups of coffee, two energy shot drinks, or ten cans of cola.

While these foods are helpful thermogenic metabolism boosters, a thermogenic supplement may be the best way to actually boost your metabolism.

Accelerate Your Weight Loss With The Power of Thermogenics

Like we said before, Accelerate isn’t a typical thermogenic. Like all of our Xyngular products, we’ve formulated Accelerate with clean ingredients. The patented Thermolit Blend™ (that’s right, we said PATENTED), is stimulant and caffeine-free, but still gives you a boost of energy. In fact, it’s so effective that it helps you burn fat up to three times faster than the competition.*

When you take Accelerate, you get the benefit of a thermogenic that converts fat into energy, boosts metabolism, provides appetite control, supports 24-hour fat-burning potential, and supports healthy blood sugar levels. Good luck finding another thermogenic that can do all that. At the end of the day, the most important thing is that it works.*

*These statements have not been evaluated by the Food and Drug Administration. These products are not intended to diagnose, treat, cure, or prevent any disease.

More About Weight Loss From Xyngular... 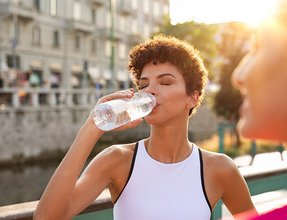 Why Your Thermogenic Should Be a Caffeine Free Fat Burner

Most thermogenics rely on caffeine to give you a quick energy boost. Xyngular Accelerate is a caffeine-free fat burner, and here’s why it works better... 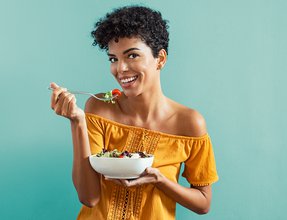 This Just In: The Many Benefits of Digestive Enzymes 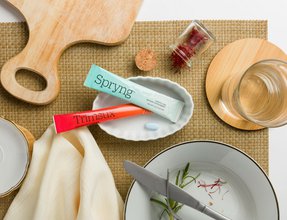 Trimstix Vs Spryng is not a competition. Both of our flavor packets are here to help you on your weight loss journey. Find your drink match and how it can help you today!