The Lowdown on Low Carb Pizza 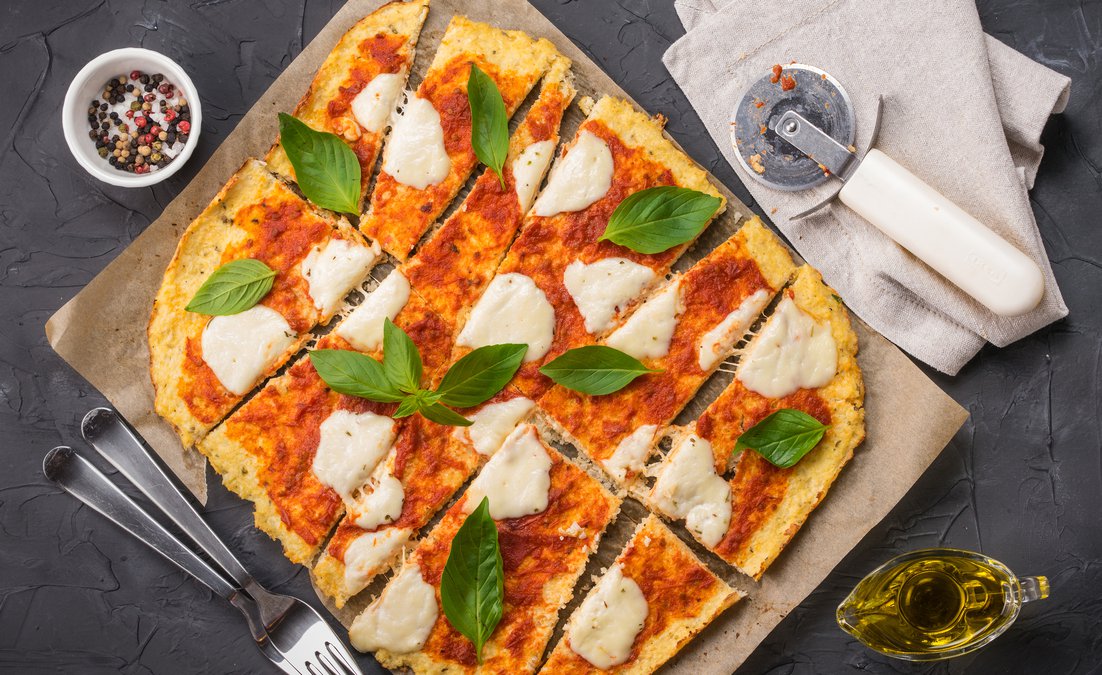 In a world of keto and low carb dieting, of course, we have the wherewithal to come up with ways to eat pizza without carb loading! Whether you’re looking for pizza crust alternatives, low carb pizza crusts, or other low carb pizza inspired dishes, we’ve got you covered.

Can You Eat Pizza on a Low Carb Diet?

YES, you can eat pizza on a low carb diet. But before you start anticipating the doughy, glutinous crusts of pizzas past, consider a new kind of delicious dream—low carb pizza that doesn’t leave you in a carbohydrate haze, quickly craving another carb-heavy meal after the inevitable crash.

Such a thing does exist and you do get to eat it on your low carb diet!

Let’s just review a few low carb basics, before we move on to the mouthwatering stuff. Remember that most low carb diets call for around a 40-50% fat, 40-50% protein, 10-20% carb split among your macros. This means that good carbohydrates, like good fibrous, above-ground veggies will come in handy when creating the perfect low carb pizza crust. But don’t count out different ways to create a more bread-like low carb pizza crust either!

What Is the Best Low Carb Pizza Crust?

Tomatoes are a good low carb vegetable—or fruit, depending on which camp you’re in—containing just 3 grams of carbs (per 100 grams of tomato). Which is great, since the traditional pizza we tend to crave is slathered in tomato-based sauce. The key for us is to make sure it’s a low carb pizza sauce.

The carbs in a store-bought pizza sauce generally come from added sugars that no one needs! So to keep your pizza sauce low carb, try cooking down your own fresh (or canned—try fire-roasted for a deeper flavor) tomatoes with your favorite pizza spices—think an Italian blend with oregano, basil, and parsley, along with onion and garlic powders, salt, and pepper. Just simmer together over low heat for about 10-15 minutes or until thickened. Voila—homemade low carb pizza sauce that’s full of rich, fresh flavor.

If you don’t have time for that and want to snag a jar of low carb pizza sauce from the store, just make sure to check the nutrition labels, especially for that added sugar!

Low carb and keto pizza toppings are truly easy to come by—most of the classics are actually compliant! If you need some inspiration, check out this list of over 30 yummy low carb pizza toppings that will work great in coordination with the pizza crusts and sauces we’ve introduced here.

Have you found the perfect low carb pizza recipe? Tag us on your Instagram post @xyngularcorp when you find your favorite so we can keep updating this post!

*These statements have not been evaluated by the Food and Drug Administration. These products are not intended to diagnose, treat, cure, or prevent any disease. 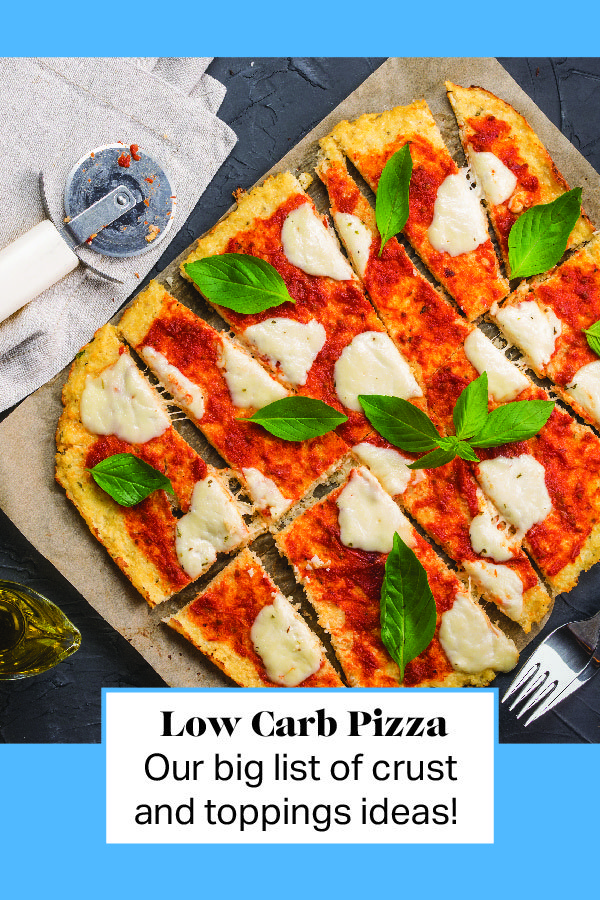 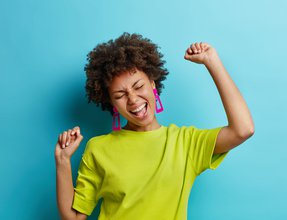 Want to have more energy and meet your weight loss goals? Keep reading for three simple hacks designed to rock the 8-Day Jumpstart! 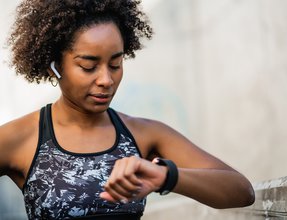 The Xyngular 8-Day Jumpstart in 2 Minutes

Stress is the enemy of weight loss! Learn about the benefits of our naturally sourced ingredient 5-HTP and how it can boost your mood, give you restful sleep, curb that appetite, and more!